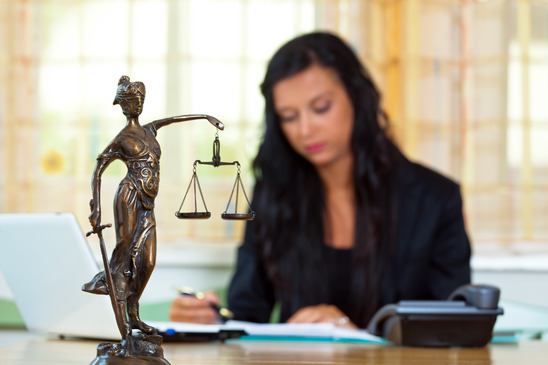 I acted for a lady who had a series of drink driving charges and other associated charges including negligent driving and leaving the scene of a motor vehicle accident . Both lots of charges arose out of events that occurred about a week apart.

The lady, who I will call Miss Chelmsford for the purposes of this case study, had a terrible drinking problem, and was in serious trouble facing the possibility of jail time as well as the loss of her licence for a significant period of time, as well as large fines, not helped by the repetitive nature of her offence and an appalling driving record.

In both cases Miss Chelmsford had sideswiped at least four or five parked motor vehicles and would be responsible for the cost of their repairs, without financial assistance from her motor vehicle insurer, who would decline liability because of the drink driving charges.

Her circumstances were very bleak.

Arrangements were implemented to obtain a medical report from a Psychiatrist. My primary objective was to ensure the best possible outcome and in particular avoiding Miss Chelmsford being sent to jail.

The history of this matter again demonstrates the old proverb that there is a story behind the story or in modern lingo “cause and effect”.

The history obtained by the Psychiatrist was heartbreaking. It was little wonder that this lady sought comfort and solos in alcohol.

As a little girl, Miss Chelmsford was born into a violent household and was regularly beaten and demeaned by her father. Her father was a very cruel man and destroyed every vestige of his daughter’s spirit and confidence. She was constantly told that she was stupid, useless, of no value, a waste of space and so on, and not surprisingly she was a very meek and shy person.

Following her schooling, Miss Chelmsford obtained a job as a shop assistant and as destiny would have it met her husband, whom she hoped would take her out of her miserable life of abuse from her father, only to find that her husband was even more vicious and hateful. Their marriage produced 4 children. Not surprisingly the husband packed his bags and left his wife and children without support. Miss Chelmsford then had to plead with her father, to allow her and the children to live with, and again the cycle of abuse continued from her father.

The court accepted the report of the Psychiatrist, and Miss Chelmsford was placed on a “good behaviour bond” not to commit any criminal or driving offence for a period of three years and lost her licence for a similar period. In all the circumstances, very good results taking into account the history of the driving offences and their repetitive nature.

A few years later a very attractive lady dropped into my office to thank me for my past help. I did not recognise this person as Miss Chelmsford. It was like the transformation of the ugly duckling from the story of Hans Christian Andersen. Miss Chelmsford was radiantly beautiful and full of vibrancy and the joy of life.

Miss Chelmsford then told me the story behind the story that she was unaware of until later.

As I have indicated previously her father hated his daughter with an absolute vengeance and passion and considered his daughter no purpose. Nothing she could do or say please him. When Miss Chelmsford was a teenager, her father had her scheduled under the Mental Health Act and committed to a psychiatric clinic apparently in the hope that she would be given a lobotomy and remains there for the rest of her life, so that he could wash his hands of her completely and hopefully not be under any obligation to support her.

Whilst in the clinic, Miss Chelmsford was medicated to zombie land, but more importantly became a victim of the “deep sleep therapy program”.

One of the side-effects of the “deep sleep program” was to obliterate huge sections of Miss Chelmsford’s memory, including this period of her life.

Miss Chelmsford had absolutely no recollection of any period of time in the psychiatric clinic or any of the treatment. This period of time was simply a black spot in her memory.

Following her court case, Miss Chelmsford continued to see her Psychiatrist, and they commence to dig into her past, to understand her history so that it might explain her subsequent behaviour.

Miss Chelmsford’s question to herself was “why am I the way I am?”

When Miss Chelmsford discovered that she was a victim of the “deep sleep program” suddenly all of the missing pieces of the jigsaw of her life jumped into place and she immediately had a complete understanding of all that had happened previously, and that she was the victim rather than a “stupid and worthless person”.

It was absolutely lovely and delightful to meet the real Miss Chelmsford and to see her so happy and full of the zest of life.

In subsequent years, Miss Chelmsford received a large compensation for from the State of New South Wales as did many hundreds of other victims of the medically discredited “deep sleep therapy” that had ruined so many lives.

Again there is always a story behind a story, which often throws a completely different light on the earlier offence.

People are very judgemental even though they are not armed with a full history of the matter. I have frequently found myself saying that “there is often a reasonable, plausible, innocent logical explanation to this which does not necessarily have sinister and deceitful overtones that people often suspect. Don’t be too quick to jump to a judgement”.

Let me give you this simple example.

A world famous authority was speaking to an audience of colleagues and other invited guests, including the Speaker’s mother. Sitting in front of his mother was an Asian lady who spoke to her friend throughout her sons address. His mother was furious and outraged on her son’s behalf at this apparent impertinence and disrespectful conduct. When she raised the matter with her son he was amused and quietly dispelled her annoyance by telling her “oh yes, that was the interpreter for professor such and such, who is the worlds leading authority in my field, who does not speak English. Her interpreter was translating my address, so that she could understand what I was saying”

The task of a lawyer is to find the story behind the story so that those matters might be raised and placed with the Court by way of explanation and mitigation of the offence. Often it is not easy, as the person has a black spot in their memory, or they have shut it out of their mind as a protective mechanism or they are embarrassed.

We often hear and see modernised versions of Shakespearean plays such as Hamlet and Romeo and Juliet.

I feel that my case study is a revised version of the Hans Christian Andersen fairytale of the “ugly duckling”. I hope you think so too.